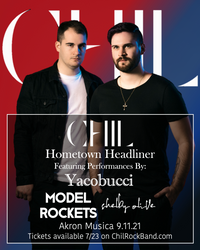 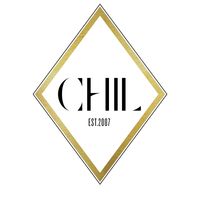 1/25/20 @ The Foundry in Lakewood OH. Joined by Third Floor Underground, As Time Fades, and Fake ID. 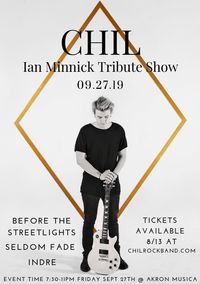 Chil pays tribute to Ian Minnick alongside Before The Streetlights, Seldom Fade, and Indie. Tickets available 8/13/19 on chilrockband.com 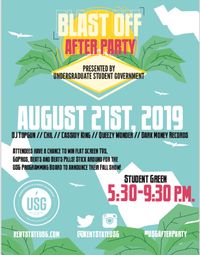 Chil @ Blast Off After Party 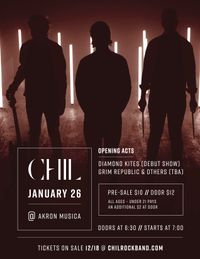 Chil kicks off their 2019 campaign with a new Single and Music Video, Beautiful Mess.

Chil is joined by Diamond Kites making their debut live performance as well as Akron natives, Grim Republic. Others TBA 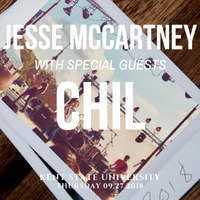 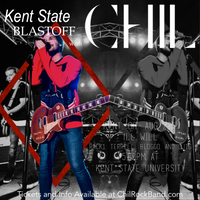 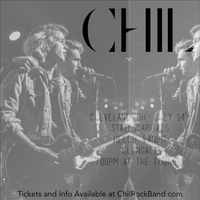 Chil joins States & Capitals @ The Foundry in Lakewood, OH. Other acts include Hello, Bandit and Glendale. 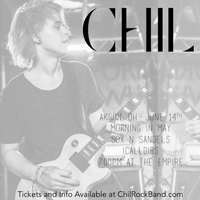 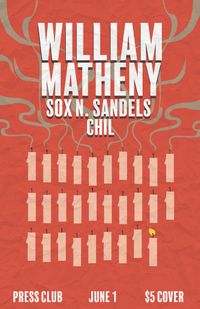 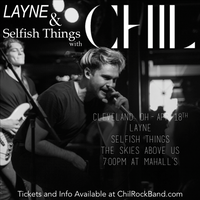 Chil will be opening for LAYNE and Selfish Things. Other acts include The Skies Above Us. 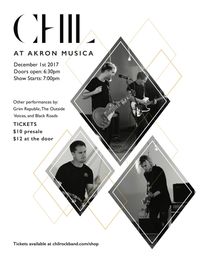 Chil @ Akron Musica - Off to England

Chil is preparing to record at the famous Motor Museum in Liverpool, England. The studio has been home to many artists such as The Black Keys, The 1975, The Arctic Monkeys, and Two Door Cinema Club.

In England, Chil will be partnering with producer and engineer, Al Groves, to create a new EP. Al is known for his work on Bring Me the Horizon’s #1 album, That’s the Spirit. This EP will be shared with numerous press outlets, radio, and many new fans in order to bring the band closer to mainstream success.

There's no better way to send us off than a huge headliner before leaving for England!

Featuring: Grim Republic, The Outside Voices, and Black Roads. Tickets Available: 11/1 at 11:00am 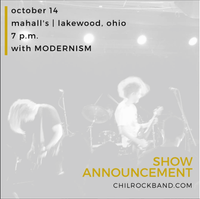 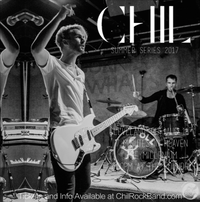 Mark your calendars! We'll be back at The Foundry August 18th with 7 Minutes in Heaven! 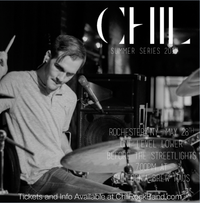 Chil joins One Level Lower in their hometown of Rochester NY! Other acts include: Before the Streetlights Holley Street Ivory Tickets $5 ($7 if under 21) 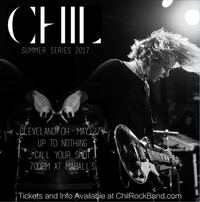 Chil joins Up to Nothing, Call Your Shot, and more in Cleveland on the first leg of their Summer Series 2017 shows! 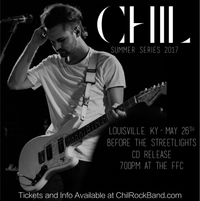 Chil joins Before the Streetlights for their CD Release @ The FFC in Louisville! Tickets $7 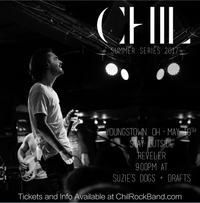 Friday May 19th Chil joins Stay Outside on the Youngstown stop of their tour! 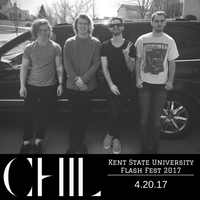 We are joining our hometown Kent State University's Flash Fest 2017! With headlining sets from Rae Sremmurd and Sammy Adams!